After switching from HubSpot, Mosaic has streamlined their webinar workflows to save time, increase sign-ups, and drive conversions. Today, webinars drive 75-80% of their leads, and webinar leads are the most likely to convert.

Something that might have otherwise taken an ops team, a database manager, and a lot of time, we now have at our fingertips, and we can move really nimbly. Really, the sky’s the limit.

Battling burn-out and bore-out at the same time is no easy feat. You want to keep your team busy enough to feel motivated, but not so busy they feel overwhelmed. It’s a sticky problem any project manager has faced, and one that Mosaic is out to solve.

Headquartered in New York City and launched in 2018, Mosaic is the first resource management SaaS solution that enables real-time collaboration for planning work. Harnessing the power of AI, no-code integrations and automation, Mosaic gives project managers, resource managers, and company leaders a real-time view of who is working on what, when, as well as any potential roadblocks to project completion.

Like many SaaS companies, webinars are a key strategy in Mosaic’s growth toolbox. But gaining registrations, following up with attendees to drive conversions, and tracking the impact of webinars was easier said than done. Until they found Ortto.

Making the switch from Hubspot to Ortto

When Charlotte Bohnett, Mosaic’s Head of Marketing, and Ari Goldstein, Marketing Ops Manager, joined the Mosaic rocketship, they both knew they wanted to make the switch from HubSpot—and fast.

“We were bumping up against the capabilities of the HubSpot workflow builder,” Goldstein shared. ”And we had a similar tech stack in SalesForce and HubSpot. I had used Autopilot Journeys [Ortto's legacy product] in my last role with huge success. So really the first move that Charlotte and I made coming into Mosaic was off HubSpot.”

Bohnett adds, “It was pretty much a no-brainer. When we looked at how much HubSpot was charging us and what the company was actually using it for, it just did not make sense for us to stick with it.”

As the first marketers at Mosaic, the migration was simple and they were able to get moving quickly. “We’re a small team, and we move really quickly,” Goldstein shared. “That being said, we had come from larger organizations, so we were used to being able to do a lot of different things with our tech stack. I think that’s where Ortto really shines.”

“We’re able to build these workflows and automations off all the data that we have without having to store it in a separate database and then integrate that with our marketing automation system. So, something that might have otherwise taken an ops team, a database manager, and a lot of time, we now have at our fingertips, and we can move really nimbly. Really, the sky’s the limit”

“For me,” Bohnett said, “the efficiencies created need to translate into leads. That’s how I look at it — how can we leverage this data and the fast access to data to drive more qualified leads for sales?”

One of the ways Mosaic is using Ortto to drive more qualified leads is with webinar workflows. In fact, webinars and related campaigns are now driving 75-80% of Mosaic’s lead volume, and are credited with driving the highest quality leads.

Goldstein shares, “It’s really end to end. We deliver almost every aspect of the webinar through Ortto, outside of actually using it as the tool to host the webinar itself.”

Mosaic uses Zoom for their webinars, and have used our Zapier integration to connect activity in Zoom to their Ortto account and vice versa.

“We use the website popups to drive registrations to our webinars, and we’re driving around 50 registrations to each webinar with this tool alone,” said Goldstein. “It just makes it so easy to build that top bar popup notification and drive attendance.”

These nurture emails average a 25% click-through rate, with the on-demand share email receiving an impressive 25.7% open rate and 1.9% CTOR.

“Webinars do tend to be a bandwidth sink. I think Ortto allows us to stay afloat. With one tool for reporting, sending emails, in-website notifications, tracking who has watched the replay and putting them into a cadence, it really simplifies a lot of things and makes it manageable,” Goldstein shared.

“I’d say a good percentage of our success is definitely Ortto. I don’t think we would be able to do a webinar every month if we didn’t have a tool that made it easier for us to launch those campaigns.”

Scrutinizing spend, without the hassle

Since webinars have become such a large part of what the Mosaic marketing team do, they’re running paid media, email blasts, and ads to generate more registrations. The ultimate goal is not just to drive registrations, but to drive high-quality registrations. With all their data flowing through to a custom-built dashboard in Ortto, they’re able to quickly and easily identify which of these activities is driving the best results.

“We can not only see where people are registering from, but we can also look and see which of those convert,” Bohnett shared.

“Maybe one drives the highest volume of registrations, but I can follow through and see that these registrations all ended up closed-lost. It’s valuable because, yes, we grew our list and we can engage these folks over time, but if you have to scrutinize budget or have very limited funds to work with, you might want to allocate that spend to a paid source that is more likely to drive deals or at least convert to a sales opportunity.”

This has helped Bohnett and her team make smarter budget decisions and generate higher-quality webinar attendees.

Mosaic uses Salesforce CRM to manage their expanding customer base. While onboarding with Ortto, they used our simple, no-code integration to bring their Salesforce data into Ortto, allowing them to act on lead’s behavior in a timely manner.

“We have a no-show discovery call cadence. So if someone books a demo on our website and then doesn’t show up for the demo, they’re put into this eight-part cadence. And then we write a task to the assigned rep to also hand dial. So we can collaborate with sales and orchestrate these campaigns to not just be marketing campaigns, but they’re also SDR campaigns - picking up the phone and dialing the right person at the right time, with the right message.” Goldstein shared.

Mosaic have been able to rebook 40% of their no-shows thanks to this journey.

Additionally, Mosaic has more recently started an abandoned cart sequence that triggers when anyone fills out a demo form, but stops before using Chili Piper to actually book the discovery call through the calendar function. The second the form is abandoned, the person receives an email asking them to book a time. If they still don’t act, they receive a nurture campaign that includes some valuable content.

Forms can be a barrier to getting customers to take action. And given you already have your customer’s information, why should they be expected to complete their details time and time again?

The Mosaic marketing team uses dynamic URLs in the emails they send to eliminate the need for people who are already in their database to fill out an entire form.

“If someone’s already in our database and we want them to book a meeting, we can just push their information from Salesforce into the URL that the person is clicking so their information will be automatically completed. They can then just select the time to book the meeting, they just click a button and it sends all of the meeting information,” Goldstein shared.

It’s these seemingly small changes that have a big impact. “Using the dynamic URLs in our rebook discovery call sequence has resulted in an incredible 40% rise in conversion rate,” said Goldstein.

As an intelligent resource management SaaS solution, Mosaic’s team knows a thing or two about the importance of time management, prioritization, and the role automation plays in keeping teams motivated and focused on the things that matter.

With Ortto, they have been able to streamline their marketing activity to drive higher-quality leads and more conversions.

How tech talent agency, Double Yolk, is creating highly-personalized experiences for their clients with Ortto 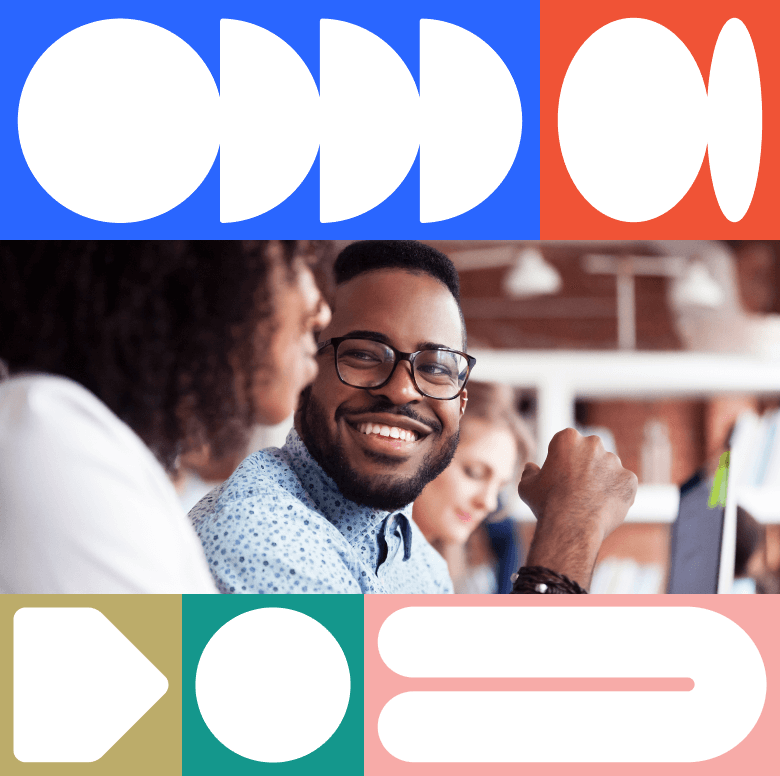